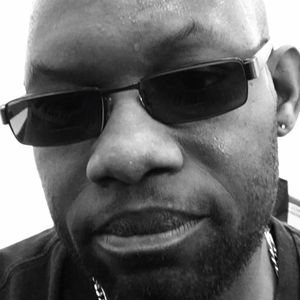 A Message from Vernon J. Mobley

My emotions over the last few weeks have gone on a roller coaster ride that has rivaled my worst nightmares. It has been hard to gather words together lest I not laden my post with words that are very uncharacteristic of me and everything you know about me. With instruments just feet away from me I found 2 days where I was unable to play. So I waited...I waited until I calmed down. I waited until some of the fires had calmed down...not only the many fires that have erupted in many cities across the country but also the fires that have erupted across all social media platforms. I realize that there IS an unfriend button and it got used. So many people have an opinion. Some have an opinion that feeds best into their own standards(moral or not). Some people don’t understand/sympathize while others have no desire to. Over the last week myself along with my children have lost friends or I guess they would be better characterized as acquaintances.

Racism is a SERIOUS PROBLEM. Unfair treatment of African Americans in so many instances are unacceptable. It is a deep seeded problem that is taught. Many times it is a disgusting family tradition that gets passed on very subtly. Except for those instances where it is done very deliberately. Where is racism, not in my neighborhood, not with African American friends. This {can be} a deadly trifecta of not realizing a problem that may be right in front of you. If this trifecta is your reality that does not make you a bad or insensitive person. It is just your reality but allow me to change your reality. Let me introduce myself. My name is Vernon J. Mobley (please do not forget the “J” and I have and do get profiled/harassed more than I speak of. Many of you see the post that brings joy..."On my way to the gig". That is soon usually followed by a check-in at the venue. What does not get posted is, “here we go again”, “really, I looked suspicious”, “you were just checking”, “oh, you got a report that ....”, “do you live around here”, “what are you doing in this neighborhood”. In an effort to justify a stop, one could say well Vernon if you were pulled over you must have been doing something to cause you to be pulled over. The reality is that I do everything possible to avoid getting pulled over so that I don’t get pulled over. Why, because it is not a fun experience to have an officer talk to you outside of your car and he unclips his gun and stands with his hand on it while you gather all of your valid driving/car information. It is not fun to be asked to step out of your car because “there was a report of a car just like yours”. It is not fun to be asked to stand on the side of the road as 2,3,4,or 5 other vehicles show up to the scene including a K-9 unit. It is not fun explaining that all of the bags have drums in them and be asked to take everything out of my stick bag and cymbal bag because it would be easy to hide drugs in them? Again, that's my reality. If you know me you know I usually leave obsessively early for gigs. I’m paranoid of being late but I build extra time into my travels in case “something happens” on the way to the gig. I have been stopped while running, jogging, walking and even standing. For anyone that think that this may have happened in the past you would be correct but it also happened twice THIS WEEK while walking in my neighborhood. My friends, the list of horrific things is disheartening some blatant and other subtly. Between things negative about me personally as a musician(because I’m black), things about Fusion Jazz Trio(because it’s my band)and just some plain ol’ nasty things. Ya know, people can sometimes really nasty and borderline evil.

If you know me then you know my children and their composition. If I went down the list of issues that my 4 body guards(yes my kids are my loving bodyguards) and their mother have endured it may make you loose faith in humanity. It is sickening.

Why haven’t you said anything Vernon? To some I have. To some it will fall on deaf ears because they can not help, others could care less. Unfortunately, my not speaking in certain situations doesn’t not mean the problem does not exist. I do not speak about my father at times as he has transitioned(15 years) but just because I do not speak of him does not mean that he did not walk the earth, still exist in my heart.......and his death didn’t occur. That's reality.

The very vivid, very public death of George Floyd showed very publicly multiple messages. It showed the someone with trusted authority abusing their power and having others, with the same power, following in their footsteps. Another message was that someone had something very important to say and he was not listened to. His words of “I can’t breathe” speaks to the center of protests that are happening in cities in this country and around the world. There was a cry for help because his well being was in jeopardy. His very life was in danger. There was a cry for help and his life, his very well being was not valued enough for something and someone to change. Ya know, to change the outcome, to make a difference, to literally allow for his life to continue it required very little effort. Hear him and make a positive adjustment and things would have begin to change. Hear people as they talk to you, adjust, make the change. I know the feeling of needing a life line and having it pulled back into the boat for me to drown.......BUT......I have also experienced love in a way that I didn’t think possible from my pigmentaionally challenged friends(more like family) who don’t see the color of my skin but rather they see me. That’s what I need is for you to see me, the entire me. I love them for doing that.

What does this mean Vernon? It means, when people talk, listen. If you don’t understand ask and do so with the intentions of absorbing what is being said. If you adhere to the phrase, “Oh that just doesn’t happen”, you my friend are part of the problem and as long as you have that attitude things are not going to change. Don’t place your limited experience on someone else’s reality. Stand up for what is right and denounce what is wrong and it doesn’t matter it is you family or your friends. Right is right and wrong is wrong and racism is WRONG. If you can help, help. Help comes in so many ways and what may be something small fo you could actually be someone else’s world.